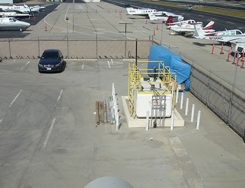 Location of the site (UST was in the foreground). The site is located next to the SpaceX facility in Hawthorne, CA. 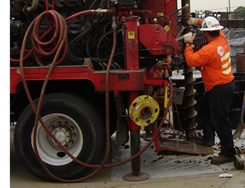 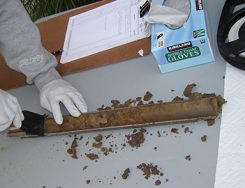 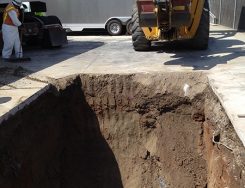 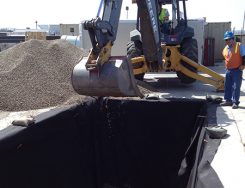 Excavation lined with geotextile and backfilled with self-compacting gravel 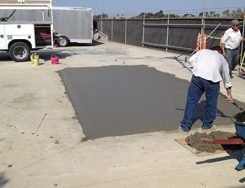 The Federal Aviation Administration (FAA) operated an Automated Flight Service Station (AFSS) at the Hawthorne Municipal Airport. Diesel to the AFSS was supplied by a 4000-gallon underground storage tank which leaked and contaminated soil beneath the site. The Bodhi Group was retained by the FAA to investigate and remediate the petroleum-contaminated soil.