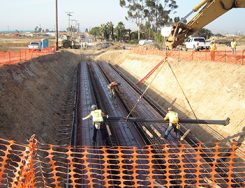 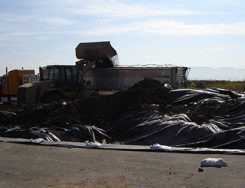 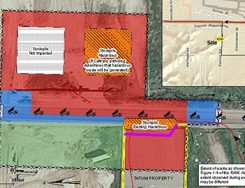 Plan for removal of hazardous waste 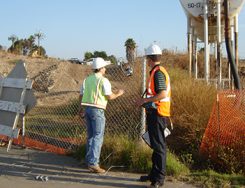 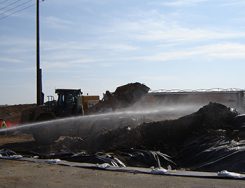 Dust control to reduce release of hazardous waste to the environment

Waste being loaded for disposal at landfill in Nevada

During construction of twin concrete-masonry lined steel sewer force mains below State Route 905 at Cactus Road in San Diego, black and odorous soil was observed by the Contractor.  The Bodhi Group responded to the Contractor’s request for assistance by mobilizing to the site within an hour of receiving the call. Based on chemical tests on samples collected by the Bodhi Group and the location of waste corresponding to an old and abandoned hazardous waste disposal site, the waste was confirmed as burned auto-shredder fluff. The waste contained hazardous waste levels of chemicals, including lead that required disposal at landfill that was permitted to received Resource Conservation Recovery Act (RCRA) hazardous waste (federal hazardous waste) landfill.